The European Columbus laboratory, located on the International Space Station (ISS), has selected Ipswitch, Inc., an innovator of secure and managed file transfer solutions, to provide secure and reliable network file transfer capability for its space experiments. Ipswitch’s WS_FTP software, which has been uploaded to a flight hard disk, is scheduled for launch on the Russian Progress spacecraft bound for the ISS, the world’s highest (250 miles) and fastest (17,500 mph) research facility 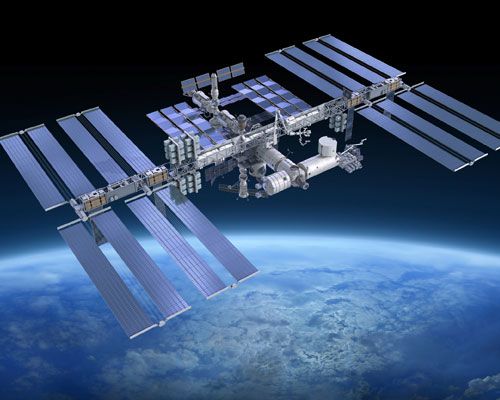 The WS_FTP solutions will provide secure and managed file transfer capabilities for scientific experiments being conducted in the 4.5-metre diameter cylindrical Columbus laboratory, attached to the ISS. It is a multifunction laboratory that specializes in research into fluid physics, materials science and life sciences, and is the European Space Agency’s (ESA's) biggest single contribution to the ISS. The testing is expected to use 20 hours of crew time and be commissioned for up to three years. Each experimental cycle is anticipated to generate hundreds of megabytes of data for which WS_FTP Professional will be used to securely transfer to and from space.

“Crew time is so valuable and the volume of data involved is so large that a reliable and secure system for data transfer was absolutely essential,” explained Alain Maillet, Cadmos engineer. “WS_FTP gives us the possibility to transfer all our scientific data files automatically and securely, not only in space, but also back down to Earth. That’s why it was chosen by NTE, a Spanish company, the manufacturer of the equipment- it is a secure, stable and easy-to-use file transfer client.”

Over the next few years, astronauts in the laboratory will be conducting research using the Muscle Atrophy Research and Exercise System (MARES), a large, aisle-mounted exercise device, to generate and collect data on musculoskeletal, biomechanical and neuromuscular human physiology, in order to better understand the effects of microgravity on the muscular system. Ipswitch’s WS_FTP Professional will be used to transfer the data generated and stored on MARES’ hard drive to a monitoring laptop and then down to Cadmos, the scientific support facility at the Centre National d'Etudes Spatiales (CNES), Toulouse, France, which is in charge of monitoring the experiments.

“WS_FTP Professional is installed on the flight hard disk of MARES, which stores all the calculations and experimental data generated using the system,” explained Mr. Maillet. “When an experiment is complete, WS_FTP Server transfers the data from the hard drive to the laptop, which is being monitored by the astronaut. We then use it to transfer the files back to Earth using the ISS’s ground link capability. The experimental hardware and software will undergo two further stages of in-flight commissioning, with the first experiments scheduled for 2011.”