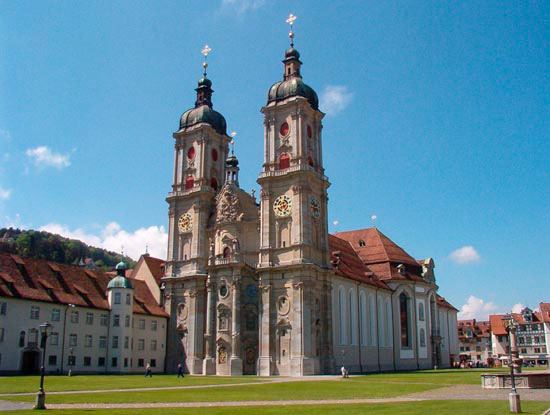 The Canton Police of St.Gallen chooses safety with Ipswitch®

Police in the Canton of St.Gallen uses Progress® MOVEit® Automation and MOVEit® Transfer for the secure and automated data transfer to other authorities.

Communal cohabitation of many people in a relatively small space calls for clear, established order. Only when the rules of conduct are followed by everyone, is it possible for the individual to unfold in freedom. About 800 Employees of the canton police St.Gallen, consisting of police officers and civilian employees, take care of the orderly cohabitation of the citizens of the canton St.Gallen. The canton police of St.Gallen is a leader in many prospects and sets new standards in technical equipment. On this note the canton police of St.Gallen trust Progress MOVEit to easily and securely transmit files to other authorities, as well as to automate data exchange processes.

The Challenge - getting away from a spread out island solution

The police of every canton work together closely with the authorities of the other cantons, the Swiss state and neighboring countries. In the case of the canton St.Gallen, there is a close relationship with the police of the cantons Appenzell Innerhoden and Ausserhoden, aswell as the Swiss state. Within Switzerland, every authority is connected on the state level. Markus Rohner, network specialist with the canton police of St.Gallen explains: "We have a closed canton-wide data communication network (MPLS-based platform) for the data exchange between authorities, which is also hierarchically connected to the state. Over the state-level of this network, it is also possible to exchange data with other cantons. So when we exchange files with our neighboring canton this goes through a long process, which takes a long time for technical reasons and has to be manually administered afterward."

Over time, multiple parallel file transfer infrastructures have developed. These systems no longer meet current data exchange requirements for the police at St.Gallen. Depending on the application, the authorities connected to the police in St.Gallen used different servers and protocols to access data. Rohner explains the problem: "The numerous parallel systems were not easy to keep up-to-date in terms of security and compliance, had regular breakdowns and required a lot of time to administer. For this reason we had an urgent need for a single, direct and open channel to our colleagues in the Appenzell, that could replace the deprecated parallel systems." Next to low administrative costs the new solution should also be secure and offer additional advantages such as automation.

The canton police initially installed two non-redundant servers running Progress MOVEit Transfer and MOVEit Automation, to handle the file exchange with other authorities. For example XML-Files that are generated by the system are now automatically deposited so that other authorized authorities can pick them up on the Server. For example data is generated when the fire department is alerted and takes action. The data is uploaded by the administrative system, data like the location of the deployment and further basic information. To increase the operational security of the system, the canton police decided to add MOVEit Failover in 2016, making the system redundant. For a specific use-case, a second MOVEit Automation system was implemented later on.

At the time there are about 25 tasks setup for data exchange, tendency rising, since new channels can be created easily if the need arises. Considering the police doesn't even nearly make use of the full capacity of the system. They use MOVEit simply as a platform for data exchange, without modifying data in any way, which MOVEit would offer.

The solution was welcomed by the users as well. Markus Rohner explains: "It was accepted very well since Ipswitch strongly simplified and sped up the internal processes - the opening of a connection between two points in the organization."

Special praise for the QBITS-team came from the responsible IT employees of the canton police. "QBITS has a competent and powerful team, that were always able to work together with openly and honestly." raves Markus Rohner. "Thanks to the great support we were able to implement the complete application within a short period of time and roll-out into the active enviroment. Now we can offer a secure access, over which the other cantons can pick up the data provided by us through MOVEit."

Progress MOVEit Transfer and MOVEit Automation have completely fulfilled the requirements of a central data transfer platform. Through their implementation, a multitude of deprecated single solutions could be replaced, and all data transfers now run consolidated in one centralized and efficient solution. MOVEit enabled the automation of simple file processes with important applications which lowered the administrative expenses noticeably. Furthermore, the exchange over the system is completely encrypted and thereby way more secure than the previous solutions. Also, the monitoring and traceability of all relevant file transfer processes can be secured. Compliance is secured and audits can be looked forward to without worries. Markus Rohner draws the balance: "We are very satisfied with the solution and the support from QBITS. We have a secure exchange with our colleagues from other cantons and are able to regularly provide generated files automatically without high administrative expenses."