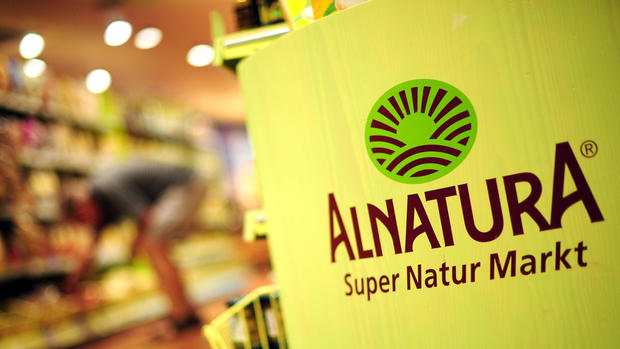 Sustainability creates a brighter future – that is something Alnatura is absolutely sure about. In accordance with its maxim “Wise for humanity and the Earth,” the award-winning food brand based in Bickenbach in the State of Hesse supplies customers at home and abroad with organic products of the highest quality. Established in 1984 by Prof. Dr. Götz E. Rehn, Alnatura has developed into a widely distributed enterprise with around 2,700 employees, almost 15,000 trading partner stores throughout Europe, and more than 100 of its own Super Natur Markt stores. The company’s growth and expansion of business operations has also presented the IT department with considerable challenges. As the number of IT processes increased, so did the potential for faults occurring. Up to now at Alnatura, it has only been possible to identify network problems that have already arisen. In addition to that, there has been no easy way to evaluate performance parameters.

This meant a monitoring solution was quickly needed that would allow all processes to be recorded centrally to enable proactive action to be taken and ensure smooth operation. “Reliable monitoring software is crucial for our business operation,” says Mario Guttsche who, as the technical buyer at Alnatura, is responsible for the IT-related procurement of external consultants, infrastructure, and client machines.

In the fall of 2012, Alnatura began looking for a suitable monitoring solution. The company was intent on choosing a provider whose software already had a broad user base and had been tried and tested accordingly. “We wanted a solution that ideally had been designed specifically for the needs of SMEs. A software solution for large corporations whose range of functions would first need to be adapted to our operating requirements was something we would have only reluctantly chosen,” says Guttsche. At the time, he soon became aware of WhatsUp Gold from Ipswitch. A major benefit of the software was its specific suitability for the retail trade. WhatsUp Gold monitors all devices throughout the stores that are connected to the network – including devices specially developed for stores – and displays them in a clear central overview. Even during peak traffic times, this monitoring of all processes, from the cash register to merchandise management, ensures that the store systems perform reliably. Another point in favor of this system was that it had already been successfully used by companies of all sizes. “In the end, it was the price-performance ratio as well as Ipswitch’s extremely flexible licensing model that convinced us,” says Guttsche. For all these reasons, Alnatura therefore decided to implement WhatsUp Gold.

Everything under control, from the scales to the server

The software setup was completed in just half a day. “The relationship between implementation effort and benefits gained is unparalleled,” says Daniel Derkowski, IT administrator in Alnatura’s network infrastructure team. The organic produce retailer utilizes the full scope of WhatsUp Gold’s functions, from server monitoring to application and network monitoring. “We use it to keep an eye on around 2,000 terminals. The type of devices varies greatly, from scales and cash registers to switches, routers, and servers,” says Derkowski. “We check the availability of the devices on the network by pinging them, and we monitor the performance and workload of the hard disk drives, RAM, interfaces, and CPUs. So, basically, WhatsUp Gold acts as our eyes and ears in the operating environment. In the past, we were more or less blind and could only resolve problems after they had already occurred. Now, we can take action early on – and, that requires a lot less work than before. No server has crashed on us since then due to its hard drive being full ‘all of a sudden’. The software alerts us in time before immediate action is needed. Furthermore, thanks to the interface-related data – that is to say, bandwidth utilization and latency – we also become aware of any impending network bottlenecks and where they are located.”

After having used the monitoring solution for four years, Alnatura has switched to WhatsUp Gold 2016. Derkowski sums up by saying: “I am extremely satisfied in particular with how quick and easy it is to implement the system monitoring and how stable WhatsUp Gold runs. Support is also there when you need it. Questions are answered quickly and, thanks to the large user community, you can find relevant articles online.”

For Mario Guttsche, a major feature of WhatsUp Gold 2016 is the straightforward license management: “The degree of freedom of the license model is exceptional! You can decide for yourself how you want to deploy the purchased points – for how many clients, for which server machines, for what kind of monitoring, etc. It is much easier than always having to manage a single license for all areas. I would be delighted if other software providers also offered such a high level of flexibility.”